One of the most exciting pieces of street art in Croydon 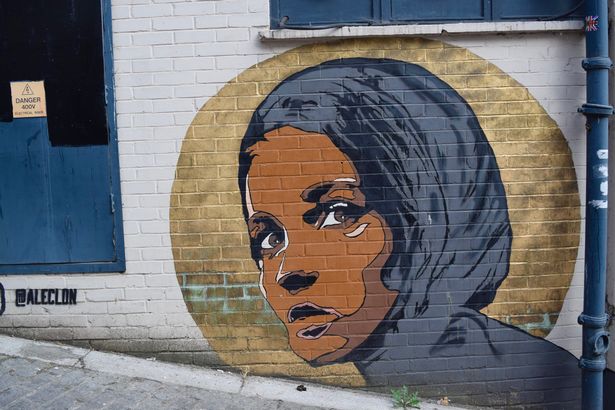 Proud to be featured again by The Croydon Advertiser, this time for my ‘Peace’ mural as one of the 11 of the most exciting pieces of Croydon street art. Based on an original collage entitled ‘Peace ‎‫سلام‬ ‘ the mural sitting outside Matthews Yard is the first piece of street art in Croydon that is gilded in 24 karat gold leaf. A second mixed media collage (£595) and a limited run of 30 hand finished prints in gold leaf (£15 each) will be available to purchase at my next show at Matthew’s Yard. ISIS or whatever they call themselves, are they a true representation  of Islam? Are the Christian Extremists a true representation of Christianity? Or the Buddhist monks that literally committing genocide towards the Rohingyas right now in Burma a true representation of Buddhism? Is every Irishman in the IRA? No! There is not supposed to be terrorist tag attached to ONE particular religion. Everyone that commits an act of terror for a political or religious reason should be called a terrorist. The irresponsible media has resulted with Islamophobia behaviour trending and rising all around the world and it is alarming because people are fuelled by misguided emotion lead by unfair media coverage. I mean everyone’s allowed there point of view, growing up & living in Croydon all my life with all the different cultures here I still find it astounding that certain people are still ignorant enough to have the viewpoint they do, which is why I started Colourblind.